Just wondering if trump and family will get the virus what do you think will he think enough the consequence ???????if he have a heart or brain ????

This is the biggest give away in the history of mankind. The workers get crumbs not even peanuts while corporations get 2 -3 trillion dollars of taxpayer cash. Anyone who signs this should be charged with treason.

The corruption in America is deeper than Victoria Lake!

giving corporations so much money is evil

I pray for you people..wake up

Ventilators do not work people stop wasting tax payers money.its in the air ,food,water.instead eat greens and I mean raw,eat peppers, onions,garlic, a little raw ever day...make stews with your ,meat it last twice as long..soups and do not broil,grill,or fry.follow my advice you will survive.grow your own food do not buy.save seeds from what you eat..raise your own meat..wake up do not buy..buy alive raise yourself Jc

Do you know why MSNBC wanted to cross the road . To get to the Democrat side. They wanted to give the America people a hoax. Murderer joe is on the loose.

EA ouldnt we be able

Only the rich will line their pockets. The poor will be left to stave in the streets.

Satan has Schumer on lock

Democrat focused in a fight against for the last three years. That fight consumed America's wisdom and energy to fighting mortal viruses such as Corona.

Elderly shouldn't be in politics. #Termlimits

Virus break out ...give money to corporations 🤷‍♂️

Fake News only trust Fox News Both the President and Sean Hannity said Easter will be the day to go to Church ,even Russ Limbaugh said the economy is more important why cause of all the thousands of Americans who will commit suicide thousands and thousands of Americans. !!! Trust only Fox not these phony Dr.s and Scientist who believe in Global warming Americans wake up both Obama and Hillary are behind this!Trust Fox News

What a phony. Never misses a day to lie and be political.

Why does tRUMP like corporations more than the rest of us?

No mention of all the thing in the bill. Pelosi added a bunch of crap that has nothing to do with the virus. Tell us about those Schumer.

You mean those healthcare workers who are Picking up the Pieces of a Pathetic epidemic Policy? Trump thinks PPE = Perhaps a Party at Easter!

What about the poor in America

How. Is it that Federal Govt is Out Bidding the states on PPE & Equipment?: Basically we have no federal government thnx to 54

Don't let these dumbocrats fool you , they have padded the pockets of their special interests , they are using the hospital excuse so we don't revolt , hospitals wouldn't need a bailout if they ran an ethical business, most major hospitals are private companies and offer very little and make huge profits , they don't spend those billions of dollars from the insurance racket on more beds and equipment, they spend it on thier ceos .

I agree with Joe on the point he is making for sure the employees should not be punished and the business should not go under because the owner holds public office. The law should be fair and open to all equally...But I agree with Schmer on the reasoning. Unfortunately the current President has shown a pattern of behavior to self deal while in office. No only to that but a boldness to flaunt the law openly and with out remorse. This language though it includes all is specifically targeted to stop one. Having a pot of money THIS BIG! may be to much of a tentation. Can you imagine if $400 billion of that money just floated away to the Camens or Switzerland. And this could still happen the President has no qualms or fears of prosecution. With the help of Mitch he has pack Federal courts and the DOJ with individuals more loyal to the President than their oath including the AG. If this were any other President Republican or Democrat you wouldn't need it. If this were McCain, Bush, Romeney, Obama, Clinton, Reagan you probably wouldn't need it but this is Trump and I do think the reasoning is sound.

Schumer and his communist cronies made sure sick Planned Parenthood gets money. And these murderers want to allow free abortions during the crisis.

Switch Back Image . 5 days ago

PROFIT! DUH! I WISH THESE TALKING HEADS WOULD COME CLEAN ABOUT 45I* SKIM IN PUERTO RICO AND NOTICE THE PATTERNS, IT FEELS LIKE WE ARE BEING TREATED AS IDIOTS. 45IWANTS A BIDDING WAR IN MARKETS! DUH!!!

Wisconsin has already denied my unemployment benefits. I worked part time only for 6 months and don't qualify. Hopefully it will change.

100% agree with Joe on equal treatment for all businesses. Trump's so stupid that he might just veto the whole bill if he doesn't get money for his business. Jan. 20, 2021, go back to normal.

Trump won't enact the defense production act, because he's trying to work a deal for himself on the side. Once he gets that deal then he'll enact it. Its all about his personal income/growth/campaign

In hindsight Mr President, maybe, just may be, it would have been cheaper to fund the federal pandemic center and super fund the CDC. Who is going to pay the $2 TRILLION? Are we going to see taxes go up on non-existent wages? Are we going to stop pentagon spending? Perhaps stop foreign aid? We know the filthy rich aren't going to pay for this.

Give everyone a Million Dollars it's cheaper than this Bill

TERM LIMITS is a MUST do this year ! I am SICK of OLD WHITE PEOPLES running our COUNTRY !

Stimulus check- If you owe child support kiss that all goodbye.

Senator Schumer, The Answer to Your question as to why this deranged president does not do what he should do to help save our lives and our country is simple! HE IS CRAZY! Now as far as the more complex question of why America is allowing this nut to destroy us is concerned, only God knows!

To answer the question as to why Trump doesn't force manufacturers to produce much needed medical equipment and supplies: 1) The Republican establishment has long been devoted to the principle (ridiculous though it is) that Free Market Capitalism is always the answer to every problem and the mere thought of the Federal Government forcing them to,do anything is repulsive to them. Corporate autonomy is uppermost, people get the breadcrumbs if anything at all. 2) The longer the demand for goods and supplies remains unfilled the higher the prices his corporate pals can demand! 3) Trump may well be using the supply chain funding issue as leverage against New York to get investigations into him dropped? 4) The Donald is mad at NYC and he wants revenge

The 4 months unemployment insurance is a really good deal. Hopefully, we can contain and defeat this virus within 4 months. 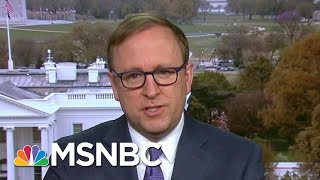 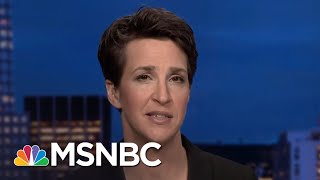 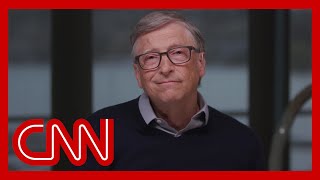 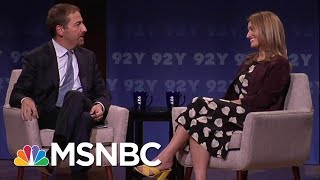 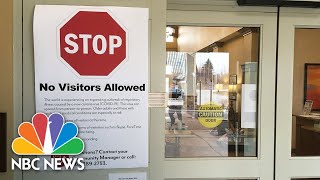 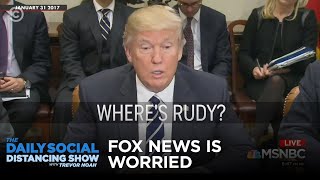 02:17
Fox News Is Very Concerned About This Presidential Candidate's Brain | The Daily Show
1 week ago - 1,657,787 views
The Daily Show with Trevor Noah 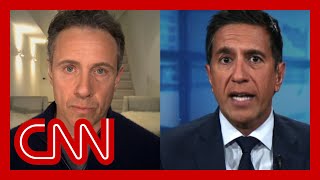 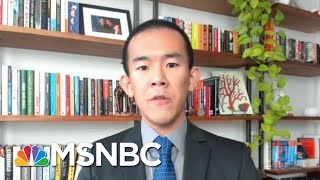 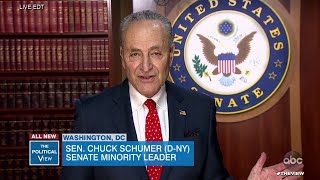 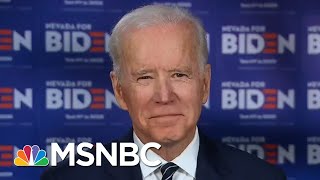